“Lou, I’ve just won you the pennant. I got you Steve Trout!”

George Steinbrenner uttered these words in 1987 after he traded promising young pitcher Bob Tewksbury for the aforementioned Steve Trout. Trout posted a 6.60 ERA in his only season in New York. He walked more batters (37) than he struck out (27) and the Yankees finished fourth.

In their quest to win the World Series in the 1980s the Yankees traded away young prospects like Willie McGee voted one of the 50 best players in St. Louis Cardinal history, Doug Drabek the 1990 NL Cy Young Award winner, Jose Rios the 1990 World Series MVP, Fred McGriff 493 career home runs and Jay Buhner 310 homer runs and 2004 inductee into the Seattle Mariners Hall of Fame, for veteran players none of whom brought them a championship.

Those moves did however help the Yankees of the 1980s win more games than any other team in Major League Baseball yet they never won that World Series they were chasing, never hung that banner and after all was said and done the Yankees and their fans, despite all their regular season wins had nothing to show for their pursuit of the championship but dashed dreams and a barren farm system which led to a record of 288 wins 369 loses between 1989 and 1992 and Frank Costanza wondering why the hell did we trade Jay Buhner.

A rough period for the Bombers but one that would have been a lot easier to stomach if Yankees fans would have had that one banner to point back to. A banner just like the one the 1986 Mets could point to. A banner that enabled the Mets who despite all the regular season success the Yankees had claim New York as their town. You see no matter what anyone says deep down the truth in sports is 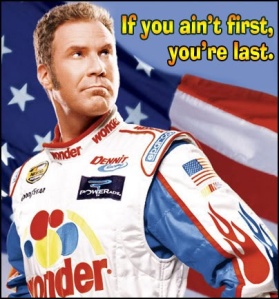 Over the last four years the New York Rangers have been to 3 Eastern Conference Finals and 1 Stanley Cup Finals. They have played more playoffs games than any other team in that period yet the last time Gary Bettman in his rather awkward manner asked a Rangers captain to come get the Cup was 21 years ago and counting. In an effort to capture the elusive Stanley Cup Rangers GM Glen Sather has gone all in to win.  Last year trading Ryan Callahan and first round picks in 2014 and 2015 for 39 year old Martin St. Louis and this year trading top prospect Anthony Duclair, a lottery-protected first-round draft pick in 2016 and a second-round pick in 2015 for defenseman Keith Yandle. If you’re counting and you should be that’s 3 first round picks, 1 second round pick, 1 20 something year old Center, 1 top prospect and 0 Stanley Cups.

So as a Rangers fan am I’m angry this morning? Hell yeah I am. Do I consider this season a failure? Hell yeah I do. Rangers fans who tell you they’re not and it isn’t are either lying to themselves or are living the same fantasy notion we sell to kids today – Everybody’s a winner here’s your trophy for just showing up. Sadly that’s not real life. In this version of the NHL there is no team like the early 80s Islanders or mid 80s Oilers out there with Hall of Famers up and down there lineup. This Rangers team is as good as any team out there and they had the experience of 3 conference finals and 1 Stanley Cup final working in their favor. They had built to this moment for 4 years and when it came they came up short, woefully short. They lost to a young inexperienced team. They lost to a team with a coaching staff that was less experienced yet somehow made adjustments for games 5 and 7 that the Rangers staff seemed unable to counter. Their top goal scorer became a grinder for two straight playoff years and that is unacceptable. Think about it if Mark Messier guaranteed a game 6 victory in 1994 and had gone scoreless and the Rangers got shut out would anyway have lauded his penalty kills. In the biggest game of the season last night Rick Nash had one shot on goal. Let me say that again one shot!! The Rangers seemed to say let’s sit back and play conservative hockey, Lundqvist will save the day until Tampa makes a mistake. Except Tampa had different plans they weren’t about to make a mistake not on this night and this time it was the King who blinked. Lundqvist, after standing on his head for two periods, let in a soft goal and really when you think about how brilliant he has been the law of averages said it was due to happen. And speaking of Lundqvist here another parallel to the 80s Yankees. Don Mattingly. One day Lundqvist like Mattingly will see his number retired and fans will reminisce about all the great moments he gave them and then like Mattingly if the Rangers never get over the hump lament the fact that he never won a Cup. Lundqvist will be 34 by the time the playoffs begin next year the window may not be closing fast by make no mistake it is closing and world class goalies like Lundqvist don’t grow on trees. Lundqvist more than any other reason is why the Rangers are in win now mode and why every year they don’t their fans have every reason to be upset and when you get shut out in game 7 at home and your fans are left to wonder: Where was the urgency? Where was the step up performances by the stars, not named Lundqvist? Why did the best team in hockey, record wise, let an inexperienced Tampa team dictate the pace of the game? Their fans have every reason to be angry as well